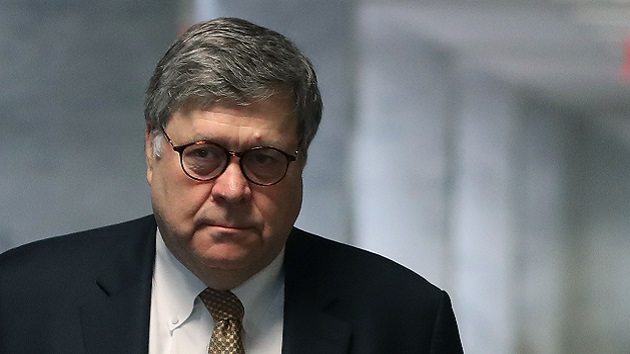 (WASHINGTON) — Attorney General Bill Barr has directed the creation of a new law enforcement task force that will be focused on “countering anti-government extremists.”

In a memo sent around the department Friday, Barr mentions both the antifa movement and the right-wing boogaloo movement as among the groups that the department has sought to disrupt from carrying out coordinated acts of violence around the country this past month.

“The ultimate goal of the task force will be not only to enable prosecutions of extremists who engage in violence, but to understand these groups well enough that we can stop such violence before it occurs and ultimately eliminate it as a threat to public safety and the rule of law,” Barr says in the memo.

Barr has assigned U.S. Attorney for New Jersey Craig Carpenito and U.S. Attorney for the Northern District of Texas Erin Nealy Cox with leading the task force, which will also include members from the FBI and other U.S. attorneys offices around the country.

The announcement comes amid civil unrest demanding racial justice in the country, sparked by the killing of George Floyd in May.

Barr said earlier this month that the federal government has evidence that the radical left-wing antifa movement as well as other extremist groups have “hijacked” legitimate protests around the country to incite violence and said certain “foreign actors” are seizing on the unrest to sow discord in the U.S.

In a news conference at the Justice Department alongside other department heads, Barr and FBI Director Chris Wray had both singled out the antifa movement — which President Donald Trump has also blamed for violence — in their opening remarks, though the DOJ has not provided direct evidence of widespread involvement of antifa followers in the violence seen thus far across the country.

The day before, however, the DOJ announced the arrest of three men connected to the far-right boogaloo movement who were allegedly plotting to incite violence at protests in Las Vegas.

Barr has taken a hard line against protesters in the past. He came under fire for the order to push back a protest in front of the White House to make way for President Trump’s photo op at St. John’s Episcopal Church, though he said law enforcement officers were already moving to push back protesters from a park in front of the White House when he arrived there and he says he did not give a command to disperse the crowd, but he supported the decision.

Barr said that officials on the ground had identified “instigators” who were throwing projectiles and otherwise making the perimeter an unsafe area.

In a wide-ranging podcast interview with Republican Sen. Ted Cruz posted this week, Barr addressed the department’s investigations of acts of violence in recent weeks surrounding the protests of the Floyd’s death. Barr said the department has “about 500 investigations underway,” and still only singled out the antifa movement by name — — even though no federal indictment has publicly tied the movement to a charged individual.